As I travel across the country I’m seeing more and more playground surfaces comprised of rubber tire mulch. Chances are you’ve seen the surface at schools, churches, and public parks.

At first blush, the popularity of rubber tire mulch makes a lot of sense. Less degradation than traditional mulch, more and brighter color options, and great fall safety ratings. Even The Consumer Product Safety Commission’s Public Playground Safety Handbook offers a stamp of approval for rubber tire mulch as a play surface. At the same time, my experience in the safety play surface industry tells a much different story.

In short, my customers’ dealings with the product has shown rubber tire mulch is not optimal as a safe play surface for children. Nobody is saying tires, whole or recycled, are killing people per se. However, there are some legitimate concerns that are worth reviewing when it comes to rubber tire mulch as a play surface.

Looks can be deceiving. As rubber tire mulch is transformed from worn out filthy shreds of disposed scrap to candy-colored nuggets the approximate size of wood mulch, the patina of a safe product begins to take shape. As the tire mulch is installed, and kids joyfully play on it, a narrative of recyclable success is easy to glean. But, what’s underneath the shine of newly installed rubber tire mulch? What are the possible health effects of tire rubber? Specifically, how much do toxicity, evidence of steel wire, and long-term cost play into the calculation of installing rubber tire mulch on a playground at a church, school, or public park?

Rubber tire mulch is a post-consumer product. The intent in the production of tires is to gain traction on a roadway, not serve as a pillow for kids as they play. Tires are of such concern to states like Georgia, that their localized version of the EPA has a whopping 17 different applications and forms to fill out for the transport, reuse, and disposal of tires.

A tire is a tire, and after an initial life of use on the road, it is no longer virgin rubber. The tire compounder is not designing a product for your child to play on, and thus things like red list chemicals, and fillers that are respiratory irritants, exist. If a child encounters any of this it could be a liability for the institution housing the playground.

Contamination from roadways is also a serious concern. What could tires encounter on roads? Petrochemicals, lead contaminants from roadway paint, heavy metals, and oils to name a few. With the known risk of exposure to toxic chemicals that tires regularly encounter there’s no guarantee rubber tire mulch is safe for kids to play atop of.

Many rubber tire mulch products advertise being 99.9% wire-free leaving the chance for pieces of exposed steel wire to be in every ton delivered.

Initial cost for rubber tire mulch is between $5 and $7 per cubic foot. A 6,000 sq ft playground would require 5,000 cubic feet of surfacing. Taking the lower number into account, a school, church, or public park could spend tens of thousands of dollars to purchase and install the product.

Long-term liability cost is difficult to calculate without the benefit of hindsight, but factor in removal fees after paint degrades, and costs can add up fast.

A group of parents asked a Duluth, MN school district to spend $380,000 to remove rubber tire mulch from 10 playgrounds. The school board voted unanimously in approval of the effort. The additional $38,000 per playground removal fee does not include the replacement surface cost. A single playground that should have a surface with a 25-year warrantied product on it for say $30,000, will now end up costing many multiples more. Factor in potential legal and medical costs for any issues kids might encounter from playing on rubber tire mulch, and you have to really think long and hard about the value of the product as a play surface both for now, and in the future.

Rubber tire mulch continues to be a popular surface choice despite the troubling evidence found in the publicly available information on the topic. For school administrators, PTO and PTA officers, business managers, church leaders, and county council members it is time to take note.

Due diligence of any play surface pre-purchase is important, and for a post-consumer like rubber tire mulch, it’s doubly so. By doing so you will be avoiding costly replacement efforts and potential liabilities tied to rubber tire mulch in the months and years to come. 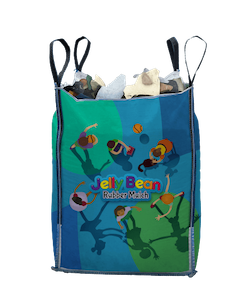